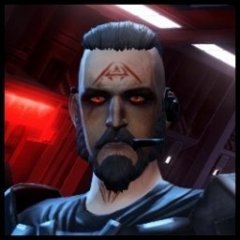 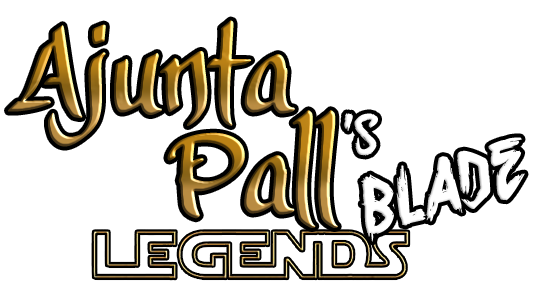 This mod replace the default Ajunta Pall's Blade appearance with the "Legends" rendition.

Held by the Dark Jedi even before he fell to the dark side, this may be one of the few truly personal items owned by Ajunta Pall, and remains as thoroughly corrupted as he.

The blade of the fallen, Ajunta Pall's Blade -

"I am that which grips the heart in fright, hearkens night and silences the light."

I have always thought about something that is dark-enigmatic about the blade after hearing those words, so this project was started to accommodate the idea.

This mod replace the default Ajunta Pall's Blade appearance with the "Legends" rendition. The new blade is using the amazing IRobert's [K1] Vibroweapons replacement pack retexture base texture and model, which having that science-fantasy feeling to its design and concept. I edited them later particularly on coloring and scheming to match my interpretation of the blade. IRobert gave permission for everyone to freely use, change or modify the mod with *redistribution* policies applies.

* With v1.0.2 included the model fix kindly provided by the infamous Dark Lord of the Sith, DarthParametric. It's a fix for holes in the meshes of the hilt which causes artefacts with the shadow casting.

The new blade trying to fits the concept of the true Ajunta Pall's blade, which described as -

The blade of this sword is an ebony black and notched along its length to give it a cruel and jagged appearance. There is a strange visual effect upon the sword which makes it seem as if shadows pulse and ebb along its surface. It is very cool to the touch, and upon close inspection a small insignia of a dark circle can be spotted on its hilt.

Those features can be seen on the blade now.

I suggest you to install VarsityPuppet's Spectral Ajunta Pall Canonical Appearance first and then install this mod after. This mod aims to complete the Ajunta Pall's personal items part.

There's always room for improvements - critiques, comments, suggestions, questions and feedbacks for the next update are much appreciated - PM, write them on my feed or leave any on the mod's page as you please. And thank you! for downloading, and playing this mod.

Installation: Choose your installation preferences - then run the installer [TSLPatcher.exe] and hit the [Install Mod ->] button!

The mod is play-tested with both the latest version of KotOR 1 Restoration/K1R and K1:Community Patch/K1CP installed and is compatible with them

Redistribution: do not redistribute this mod or re-release it on any websites. I'd love to provide direct support to my work, which wouldn't be possible if they're scattered everywhere. If you are to re-use an assets to a project you will be releasing, you don't have to ask for permission - but your generous intention is very much welcome. I'd love to know what others are up too, particularly if my work are included. And then, make sure to give credits to IRobert, DeadMan, seph6, RevanDark, DarthParametric, BioWare & LucasArts with the release - particularly with the inclusion of the assets. An appreciation to this lil' peasant work here is also a very warmwelcome, welcome.