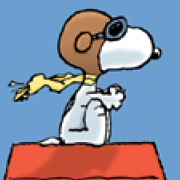 By A Future Pilot

The K1 Community Patch (K1CP) is a compilation of previous bugfix mods and some new original fixes put together with the intention of resolving the many and various issues that KOTOR has. This includes some well-known game breaking bugs/softlocks, broken quests, inaccessible content, as well as lesser issues such as problems in conversations, visual inconsistencies, player annoyances, etc. The intention is for the changes to be as seamless as possible, fixing and improving things whilst still retaining the original developer intent.

Installation:
Run INSTALL.exe and navigate to your K1 install folder. Generally speaking, this mod should be installed before anything else, except mods that do hard edits/overwrites of 2DA, TLK or MOD (module) files. Due to the size and complexity of the patch, installation will take several minutes. Please be patient and allow it to finish.

Warning: Never run the installer from inside the archive! Always extract the archive onto your hard drive first.

It is highly recommended that you do not install the game on your system's C drive, especially in Program Files. Windows can have permissions issues when trying to install the mod to a C drive destination. If you are using the Steam version of the game and have installed Steam in its default Program Files location, we advise creating a new Steam Library on a different drive and moving the game there via the game's Properties pop-up in Steam.

Compatibility/Known Issues:
K1CP uses module injection in an attempt to remain as compatible as possible with other mods. This may result in issues with mods that simply put files in the Override folder. It is recommended that you consult the individual authors of any large scale mods, particularly those that edit DLGs and scripts, as to whether their work is compatible with K1CP. Some mods will likely require updates, some may need to be installed in a specific order, whilst others may be fundamentally incompatible.

The KOTOR 1 Restoration (K1R) mod is deemed incompatible with K1CP. Whilst it was compatible with early versions of K1CP, this is highly unlikely to still be the case with the degree and nature of changes made as of K1CP v1.8 and beyond. As such, using K1R together with K1CP is done so at your own risk with no support offered.

These are the currently known bugs/issues with KOTOR or the mod that the K1CP is looking to resolve:

If you find any others, especially with changes/additions K1CP makes, please report them on the Github issue page or here on Deadly Stream so they can be addressed. Be sure to include as much information as possible, including a list of all the other mods you have installed, the order you installed them in, steps to reproduce the problem, along with screenshots and save files, if appropriate. You may also be directed to provide the TSLPatcher installlog file, a list of the contents of your Override folder, and specific MOD files from your modules folder.

Uninstallation:
Given the complexity of this mod, a clean install of KOTOR is the only practical approach for uninstalling K1CP.

Permissions:
Due to this mod being a compilation from many different authors, please do not distribute/rehost it.