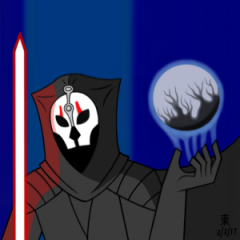 This mod replaces the voice overs used for Nikto, Aqualish, Gran, and Quarren NPCs in KOTOR.

In KOTOR I, Nikto, Aqualish, Gran, and Quarren NPCs use VOs that are meant for and shared by several other species. KOTOR II fixes this by adding VOs specific to these four species, so I figured hey, why not incorporate them back into the original game?

The intention of this mod is to provide a stronger sense of immersion and consistency between the two games, while keeping the affected dialogue true to its intended "feel." A bonus side effect is that the aggressive Nikto VOs make the Black Vulkars seem like an actual threat instead of comic relief.

To install this mod, run Installer.exe and select the first option to install the main mod.

To uninstall this mod, delete the files from your game's modules, override, and streamwaves folders (I've included a list of them in the readme.txt). If necessary, restore files from "backup" into your game's directory.

Compatibility patches have been added for the mods already mentioned due to their common usage.

The K1 Restoration Mod has a Nikto NPC in the Vulkar Base sublevel with Basic (English) VOs. I decided to leave this unaltered as to not interfere with the restored content.

Some of the Nikto VOs don't have perfectly matching mouth animations, which is because KOTOR II has some missing .LIP files. The placeholders I'm using are as close as I could find. These may be replaced in a later version.

Redros's mouth doesn't move for a couple of lines of dialogue. This bug happens regardless of this mod and only if his appearance is Nikto, so I felt it's a bug beyond this mod's scope.

Please let me know of any other issues you find, or if you come across anything I missed!

Thanks to the KOTOR community for keeping these games alive.

This mod is not supported by LucasArts, BioWare, or Obsidian Entertainment. It is for personal usage only and intends no copyright infringement. As this mod ports files from KOTOR II to KOTOR I, it's intended for players who already own both games. I do not claim ownership of these ported files.

Contact me on DeadlyStream or via Discord (listed on my DS profile) if you have any questions, comments, suggestions, or the like.

If you want to use this mod as a part of an external work, you must recieve my permission. This mod should only be found on Deadly Stream, no user may upload it to another modding site.

If you just want to use the included WAV or LIP files, you're better off extracting them yourself. Not only are they not my property, some of them are renamed duplicates or have been modified otherwise.

VO files that have been edited are now properly encoded. See updateinstructions.txt for easy updating.