Based on this request thread, this mod attempts to inject a bit of extra variety into one of the minor elements of KOTOR. It makes some changes to the locked kolto tank room in Zelka Forn’s medical clinic in Upper City South on Taris.

In the vanilla version of the game, the room has two placeable square kolto tanks, the floating bodies in which both use the PMHC04 (“Mullet Man”) head. For this mod, those were removed and the room model was edited to add two additional round kolto tanks, which match the ones along each side of the room. Additionally, the glass of the tanks had its texture replaced with one of the other variants in the game that is a bit darker and uses an environment/cube map for a hint of reflection. The empty tanks in the preceding room (behind Zelka Forn) were also edited for consistency. For the sanity of those with OCD, the position of the wall light at the back of the tank room was adjusted so it aligns with the centreline of the room.


The floating body model from the kolto placeable was replaced with a new one with clean geometry at the neck join to facilitate using any player or NPC head. Additionally, an all-new female body variant was added, posed to roughly match that of the original male version. Two of these new body variants replaced the original two at the end of the room, with a number of additional bodies placed in the tanks along each side of the room. Zelka Forn’s dialogue when you enter the room for the first time seems to indicate that there should be more present than just the two originally depicted in the vanilla game. Additional body variants not currently utilised in this mod will be released separately as a modder’s resource.

UPDATE: Due to limitations on the number of possible placeables K1 can deal with, outlined here by ndix UR, I have revised the mod to dispense with the use of placeables altogether. The floating bodies are now part of the room model. 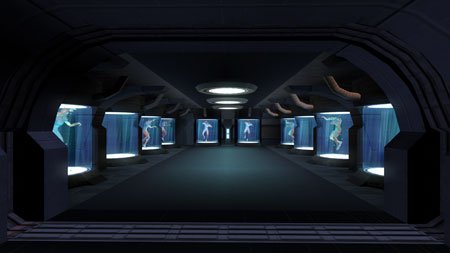 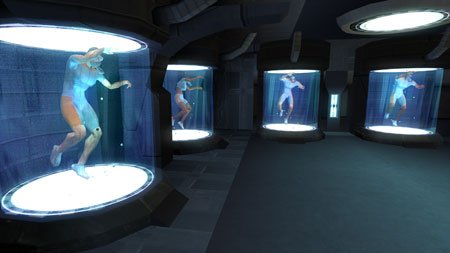 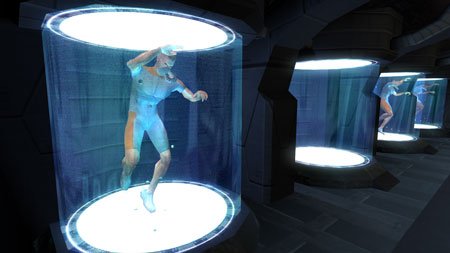 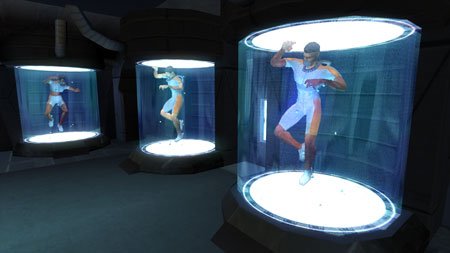 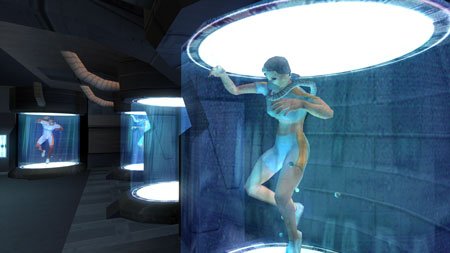 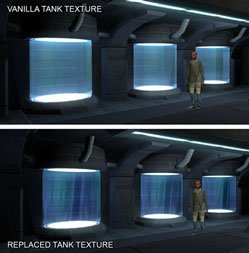