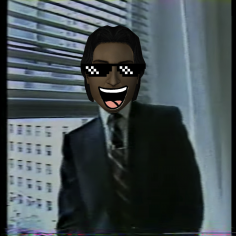 Full Description:
The mysterious arrival of the Republic hammerhead warship is one of the most ambitious and engaging cutscenes in TSL. Unfortunately, ambitious cutscenes can be a harbinger for more than just a man with severe psoriasis -- players may experience issues ranging from cutscenes stuttering and looping, loading screens before and after loading a new module mid-cutscene, to game windows minimizing and skipping the cutscene entirely, permanent black screen, and even game crashes. Thus this mod's mission was twofold: 1) Provide a range of general improvements and fixes that everyone will benefit from regardless of cutscene performance, as well as 2) Create a more stable version of the cutscene that generally performs well on any device. I am happy to report that results have been exciting:


1) General improvements
- Kreia actually shows up meditating in the morgue when you hear her speak, rather than standing right behind Atton
- Kreia no longer visibly stands behind Atton in certain earlier shots of him speaking
- The Peragus mining facility asteroid is no longer right outside the Harbinger window before it actually enters the asteroid field


2) Performance improvements
All in-game portions of the cutscene are now rendered in the same module -- your game will no longer be trying to load an entirely new module twice over, all while trying to play pre-rendered cutscenes. This means that your game's mid-cutscene workload has been drastically reduced, and so issues known to occur  specifically with the Harbinger Arrival cutscene are much less frequent. I have also scripted in "guardrails" for many minor glitches that can occur mid-cutscene.
Note that this is not a 100% guarantee players who were having issues before never will again; TSL is nearly old enough to be legally considered an adult in the US, and its pre-rendered scenes are just not optimized for many modern machines. However, this mod was tested on a non-gaming laptop now a few years old, with the game running from an external hard disk drive, on a modern operating system, in full-screen mode, with several different visual mods installed. This meant that attempting to run the original Harbinger cutscene 10 times translated to the cutscene failing to play without major issue 10 times. After switching to the new version, any types of issues, major or minor, were encountered less than 1 out of 10 times. Hopefully, even a potato from your local grocery store can now successfully play the Harbinger Arrival cutscene, so long as it can generally play most TSL cutscenes successfully.

This footage was recorded on an old laptop, with the game running on a modern operating system from a hard disk drive, with multiple other programs running in the background, and the following mods installed that can be seen in the video:

- Ultimate Peragus Models Repair 1.2 (responsible for restoring proper lighting to the Harbinger, showing the administration level proper behind Atton, and other model fixes)

- Kotor 2 Unlimited Worlds Texture Mod (responsible for the nicer-looking textures throughout the level, from the catwalk to the asteroids)

TLDR:
This mod 1) stabilizes the Harbinger cutscene so that your game is much less likely to experience issues 2) places Kreia in her usual meditation spot in the morgue for her dialogue, and 3) fixes a number of minor issues with the cutscene.

Installation:
Download and run the installer, or follow manual installation instructions. For Steam installations of TSLRCM, direct the installer to "Steam\steamapps\workshop\content\208580\485537937", and not the main game folder with the executable. 7z files can be extracted with Archive Utility on macOS, or with programs like PeaZip for windows and Linux. The installer is a .exe file, which can be run natively on Windows, or with programs like Wine for macOS and Linux. I have also uploaded a new version of Ultimate Peragus Models Repair alongside this, and I recommend installing it if you have not already for its restoration of proper lighting to the Harbinger bridge as seen in the above video.

For an existing game, use a save file before going to the asteroid exterior. Save files made any later will not be affected.

Additional Tips For Improving Game Performance:
If you are having trouble running pre-rendered scenes in general, you can try the following:
-- Go into your graphics settings, and under advanced options, disable frame buffering. If that does not work, try lowering or disabling all options. If the pre-rendered cutscene plays afterwards, you can up your graphics settings afterwards for normal gameplay.
-- Try running the game in windowed mode, rather than fullscreen. Close your game and open "swkotor2.ini", found in the same folder as your main game executable (for a Steam game, that's "Steam\steamapps\common\Knights of the Old Republic II"). Under both "Display Options" and "Graphics Options", change "FullScreen=1" to "FullScreen=0". Restart your game.
-- Uninstall/disable any non-essential mods that may relate to the cutscene or the area it takes place in.

Peragus in particular also suffers from memory overflow if you play the game too long in one sitting. This can cause dialogue to start skipping, or for issues with game cutscenes. This can usually be avoided by:
-- Quitting and restarting the game once in a while: doing it once before heading out to the asteroid surface, and again right before attempting to leave the Harbinger engine deck (the third and final level with the spooky lights) is usually enough to avoid problems.
-- Avoiding skipping dialogue yourself, which can sometimes lead to memory overflow. If you do skip a lot of dialogue, quitting and restarting the game will fix the issue.

Compatibility:
Users should expect full compatibility with any other mods, so long as they make no modifications to the scripting or dialogue of the Harbinger's Arrival cutscene. In fact, I know of no mod currently that is incompatible with this one. Not only is "Ultimate Peragus Models Repair" compatible with this mod, but version 1.2 will improve your experience by matching the darker lighting of the original cutscene. Also compatible is "KotOR 2 Remastered (AI Upscaled) Cutscenes 1.0.0" by Naelavok. This mod is for players using TSLRCM version 1.8.3 or higher.

You may view this mod's changes.ini inside the "tslpatchdata" folder for a complete list of every altered module element.

There are some other great mods out there that improve the visual quality of the cutscene. "Peragus Large Monitor Adjustment" by Sith Holocron, "KotOR 2 Unlimited World Texture Mod" by facemeltingsolo, and "TSL Backdrop Improvements by Kexikus" are all compatible with this mod. "A Darker Peragus REDUX" by Malkior and "... A Darker Peragus" by Canderis are also compatible.

Acknowledgments:
Big thanks to Cortisol for the Holocron Toolset and Fred Tetra for KotOR Tool for making file extraction, module editing, and .mod file building easy, Fair Strides for the DLG Editor, JdNoa and Dashus for simple script decompiling with DeNCS, Blue for the KotOR Scripting Tool, and to Stoffe and Fair Strides for easy .mod extraction with ERFEdit, and for making inter-mod compatibility infinitely more feasible with TSLPatcher.

Have a bug to report? Please click on "Get Support" and give a detailed description of the issue you are experiencing.