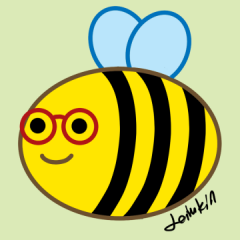 A KNIGHTS OF THE OLD REPUBLIC II: THE SITH LORDS MODIFICATION

PLEASE READ THROUGH THE MOD INFO ON THIS PAGE AND THE FAQ ARTICLE FOR MY KOTOR 2 SAME-GENDER ROMANCE MODS BEFORE ASKING QUESTIONS!

In KotOR II: TSL, certain party members can develop romantic feelings for the Exile, even though none of the romances in TSL were given much development, especially if compared to the first KotOR game. Among the possible romance options, only male Exiles can romance Visas Marr, with her romance scene (or at least, the closest thing the game has to one) occurs near the endgame (see below for details, though beware of possible spoilers). What this mod do is to make the Visas romance scene available for female Exiles as well.

In vanilla TSL, after the Rebuilt Jedi Enclave sequence and you return to the Ebon Hawk, you will be approached by Visas if your Exile is male, or the Disciple if your Exile is female. In Visas' case, she can confess her love for the male Exile, and the male Exile can agree to her to "look upon" each other through the Force.

This mod gets rid of the gender check for the post-Rebuilt Jedi Enclave Visas scene, so Visas will always be the one who talks to the Exile regardless of the Exile's gender, even if the Disciple joins your party. Therefore, with this mod, female Exiles are also able to enjoy the same Visas scene as male Exiles do, including the romance.

Originally, Visas mentions the Handmaiden when she confesses her feelings for the Exile. This mod also adds a check if the Handmaiden joins your party to that particular dialogue, so with this mod, if you never recruited Handmaiden, Visas will not mention her.

Download and extract the Visas Marr and Female Exile Romance.zip file of this mod to anywhere you like, as long as it is not within your KoOR 2 game directory. The method of installing this mod depends on if you use The Sith Lords Restored Content Mod (TSLRCM) or not.

!! ATTENTION!! STEAM USERS: If you play KotOR 2 on Steam, DO NOT USE THE STEAM WORKSHOP VERSION OF TSLRCM if you want to use this mod! Instead, use the installer (.exe) version of TSLRCM, which can be downloaded from Deadly Stream here.

I recommend reading this Deadly Stream post on why Steam Workshop is NOT recommended for modding KotOR 2.

If you do not use TSLRCM, go to the “Non-TSLRCM Install” folder and put all the files within the folder into the Override folder of your KotOR 2 game directory.

If you use TSLRCM, you need to install this mod after TSLRCM. Go to the "TSLRCM Version Install" folder, run Install.exe and point the installer to your KotOR 2 directory, where swkotor2.exe is located, and let the installer do its magic.

When you install this mod with TSLPatcher, a new folder named "backup" will be created by TSLPatcher in the same folder as the TSLPatcher. Do not delete the folder or any of the files within the folder if you are planning on uninstalling this mod.

If you use TSLRCM and installed this mod via TSLPatcher, go to the "backup" folder created by the TSLPatcher from this mod, cut and paste 006EBO.mod into the Modules folder in your KotOR 2 directory.

None currently known. If you find any other bugs or problems, please let me know.

Any other mod that modifies any of the following files will likely conflict with this mod:

If you use N-DReW25's Extended Enclave Patch, I have provided a compatibility patch, as noted in the “INSTALLATION” section above.

If you want to use DarthTyren's PartySwap mod, you need to install PartySwap first before installing this mod.

You may use this mod as you see fit, including showing it in screenshots or making it compatible with your mod. However, please give credit to me, and DO NOT release your mods containing modified files from my mod without my permission. Thank you.