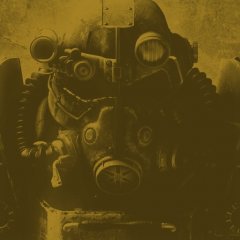 This mod swaps the class skills for the Jedi Sentinel and Jedi Consular, giving the Sentinel the Computer Use, Demolitions and Repair Class skills, and removing them from the Consular.

It always bothered me that the Jedi Consular had 6 class skills, more than the Scoundrel or the Scout, while the Jedi Sentinel had 3, the same number as the Jedi Guardian. It was also highly inconsistent with the other design decisions made towards the Jedi classes, and inconsistent with KotOR 2. It always felt like a mistake.

While I wouldn't classify this mod as a bugfix, it does fix an inconsistency within the game, that left the Sentinel as the least viable Jedi class, considering that skill progression is substantially less useful, especially in KotOR 1, than base attack, force saves, feat gain, and power gain, all of which it lags behind both other classes in. This makes the Sentinel somewhat more viable as a class, especially for skill focused runs, and makes the Jedi Consular slightly less effective, considering it already has a lot going for it, due to the increased number of force power and better saving throws.