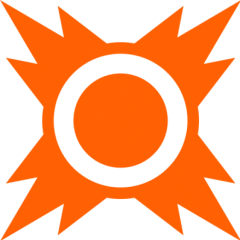 This mod is a simple retexture and tiering of the Jedi (and Dark Jedi) robes already present in the game. Now Jedi, Knight, and Master robes come in all three colors (brown, red, blue), and their Dark variants (black, grey) with matching icons.


This decision was based on a variety of factors and contradicts N-DReW's Dark Jedi Robes mod, although the inspiration is heartily and sincerely felt. My justification is that the Blue Jedi Robe model is the most unique of the three--it has a higher collar and seems set apart from the rest. As Jedi Master Robes offer the best defense in the game save for Qel-Droma or Star Forge, I decided this distinction was warranted.

Compatibility note: because of the relabeling of the textures to make the tier system work, this mod is technically not compatible with @constantinople33 magnificent Lore-Friendly Qel-Droma Robes mod. However if you're using this mod you'd likely want to be using that, so.

In order to fix this, simply rename those textures from PMBI05/PFBI05 to PMBI06/PFBI06, then open the UTI file and change the texture number from 5 to 6.

Sincerest thanks to @heyorange, @N-DReW25, and @Zhaboka for their support and input throughout the modding process. And of course thanks to Deadly Stream itself for being a haven of knowledge and community.

May the Force be with you always.