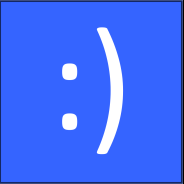 NOTE: YOU STILL NEED REDROB41'S PLAYER & PARTY UNDERWEAR TO GET ANY OF THEIR OTHER FIXES AND COMPANION TWEAKS INCLUDED IN THAT MOD!  IF YOU DO NOT INSTALL THEIR MOD FIRST BEFORE MINE, YOU WILL STILL ENCOUNTER PROBLEMS WITH THESE TEXTURES!

So it turns out that the compatibility patch for RedRob41's Party & Player Underwear that is offered with Ultimate Character Overhaul does not include any of the PC underwear options - including the tweaks to the Dancer's Outfit for more consistent & muscular female PCs.  This mod aims to fix that and add some additional tweaks, with the major one restoring the original red shoes all PCs got that was removed from RedRob41's mod.  Please note that this is meant to be used alongside the compatibility patch that is offered by Ultimate Character Overhaul since that one affects party members while mine only affects the PC.

There are 3 versions of the mod:

All versions of my mod also include the following tweaks:

You also have the option of choosing to download uncompressed TGA files or compressed TPC files; generally speaking, TPC is nearly identical to TGA in terms of quality while being smaller in filesize, so I would recommend downloading the TPC version of this mod if only for the better load performance.

2. (Optional) Download Ultimate Character Overhaul and the provided compatibility patch on that page, then install both.

3. Download this mod and simply drag which underwear options you want into your Override folder, then let it overwrite any other existing files.

Just delete the following files from your Override folder, or let another texture mod that changes the following textures overwrite them:

* Renamed mod to something less clunky