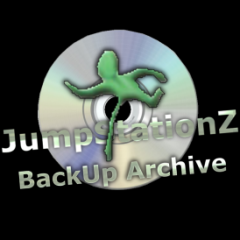 Telos Billboards Set: I - While visiting Telos, check out the entertainment billboards. Have you been getting tired of visiting Telos? Well, fear no more! Next time you are on Telos, check out the new entertainment billboards. Within the 'Entertainment', 'Transport', and 'Living' sectors, a lot of changes were made in the advertising. This is a mod, which is based upon donated mod screenshots. I have complied screens of some of the best mods made, and created several movie style billboards.(Don't let the size of this mod fool you!)

Install: In order to install this set of billboards, drop all files into the KOTOR II override folder.

Un-Install: Just remove the above filed from the KOTOR II override folder.

Note: If you plan on downloading the next Billboards Set, which comes out on Sunday, April 2nd, 2005, these sets will overwrite each other. However, they will be two very different sets.

If you enjoyed this mod, and want to see your mod screens displayed in KOTOR II, add a link to your screenshots in the forum attached to this mod. All feedback is welcome!

Thank You to: ChainZ.2da, Gsccc, DeathDisco
Other Credit to: Svosh, RedHawke, and Jedi Knight 72482.
(With out the above modders, we would not have some of the most coolest mods made.)