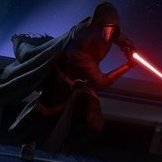 This mod attempts to fix all known typos, subtitle mismatches, bad punctuation and other grammatical sloppiness found in the first KotOR game. I'd like to give a huge thanks to Gimmick5000 for discovering the overwhelming majority of these issues while working on his "eXtensive Dialog Overhaul" mod, and Fair Strides for his TLK>TXT tool. Gimmick's "eXtensive" project aims to replace a lot of player responses, though, while this one keeps those as is... sort of. Kainzorus Prime was kind enough to let me use his "PC Response Moderation" as the basis for this mod, which is a massive improvement over Bioware's player responses. If you're interested in Gimmick's dialog overhaul, be sure to follow it here:

Quite a few corrections were also made by Salk, DarthParametric, ebmar and myself, but unfortunately I don't have a complete list of fixes. Most of the issues are listed in Gimmick's thread, and a few more can be found here:

I'm sure there are still errors out there, but hundreds upon hundreds, if not thousands have been fixed. To install, simply replace the stock dialog.tlk file in your "swkotor" folder with this one. I highly recommend using this mod on a clean install of the game. And, of course, INSTALL THIS BEFORE any other mods that alter KotOR's dialog.tlk. It should be compatible with K1R, but you must install K1R afterwards.

So, in summary: lots of typos and subtitle mismatches fixed, no more double, triple or quadruple (yes really) exclamation or question marks, dashes ( - ) used less liberally and a few awful run-on sentences have been reworked. Enjoy, and feel free to report any issues on the download page.