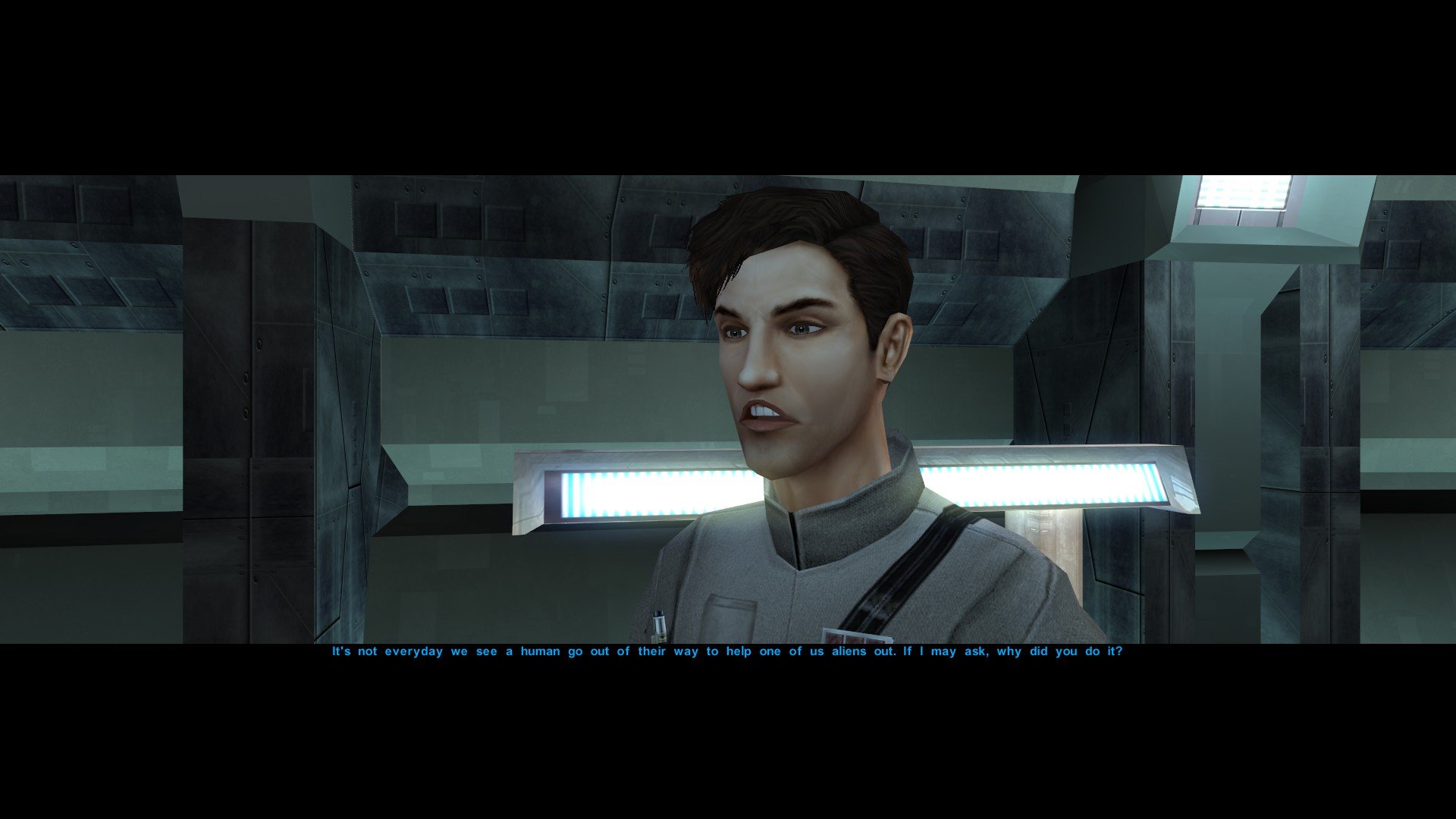 Welcome to my abode down the rabbit hole! Here we will examine the misery that is the result of combining 13 GB of mods in my override folder with a mod that overhauls the entire game, modules and all!

Yes, my current override folder is about 13 GB in size, hence the blog title. That's pretty big, but most of that is just texture files. However, a good chunk of that 13 gigs isn't, which is what can easily cause some compatibility issues. It's got its fair share of 2DA files, UTC files, UTI, NCS, the works. Not to mention all the override files that rely on MOD files in the modules folder to work properly. With this in mind, one would think that it would be foolish to attempt and install any more massive, gameplay changing mods.

But today we're going to say fuck that nonsense and dive head first into the abyss! Lately I've been eyeing the Kotor Improvement mod demo by @N-DReW25. Based on the screenshots I observed, the mod looks fantastic and I absolutely wanted to download it. One problem however, 13 GB of mods is sure to conflict with that somehow. Well, it conflicts with it at least with 337 files. Bummer, oh well what do you do?

Well, you backup those 13 GBs, backup the rest of your mods in your other folders and copy and paste and overwrite all parts of the mod into your override of course!
(Trust me, there's no way I was going to mess with this without backing up absolutely everything)


Well it wasn't exactly a simple copy and paste. I did use the 2DAmerger tool to mix several 2DA files, 11 in total, that belonged to both this mod and their equivalent in my override folder. I don't quite think that was enough, however.

So even though this blog will be essentially Alice in Kotorland, I should point out that I can usually tell what was intentional with this mod and what was the 13 brain cells, i.e, the incompatibilities. I love the majority of what I've seen so far from this mod, especially the dialogue options added! It really adds new depth to the game. Even though the models attached to it currently make no sense, that's obviously not the mod authors fault I'll try and fix that later. I really can't wait to get this mod working properly. With that being said, there are a feeeew parts I'm not quite fond of. No, not the glitches, actual design elements intended by the mod author. For example, I never liked Trask being a Jedi. There's at least 4 mods out there that do that, I've never tried any of them. I prefer him just being a Republic soldier. Hopefully, in later versions of the mod, Trask being a Jedi can be an optional feature. It's not like it's a big deal with difficulty, you're invincible on the Endar Spire after all. There's a few other minor things, but the rest of the mod is still fantastic.

With that out of the way, let's begin!

Entries in this blog

Chapter 1: Liar Liar, The Endar is on Fire

Our first adventure takes us to the usual scene. Our hero awakens, pulled away from his wonderous dream of being surrounding by Twilek Lekku, With his morning quarterstaff still up and about, our trusty bunkmate has come to inform us of the situation. In a terrible state of ironic affairs, it seems that he is the one who has fallen out of bed and hit his head, as he believes that he is a Jedi Knight. Yep, a Jedi Knight holding a Blaster rifle and with a Republic Soldier uniform. Seems legit. He