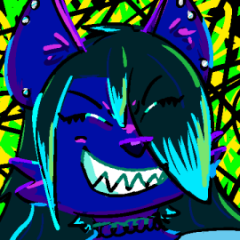 The Switch port of KotOR included some upscaled textures for much of the game. While some of these look fine, I found some of the armor and character portraits pretty bad to look at. I'm not sure why, but these were not advertised or mentioned, and there is no way to turn them off in game.

This mod restores the original textures for the character portraits, armor textures, while preserving the new UI and button prompts.

Please notify me if anything is broken or you run into issues. I played about an hour with this mod, but it has by no means been exhaustively tested. It should not cause any major or game-breaking issues though.

This is compatible with, but does not require my KotOR Switch Modding Framework, if you wish to use this with other mods that change textures, install this first.

NOTE: Like any other mod for Switch, this requires a hacked or modded Switch with custom firmware. This can probably be adapted to firmwares other than Atmosphere, but I offer no support for them.

Installation is dead simple, extract the "atmosphere" folder to the root of your SD card. If you wish to uninstall:

If you installed other mods, it will depend. I would generally recommend just wiping clean for safety, or if you didn't install any other texture mods, you could delete just the "Textures" folder in override.

Big thanks to JC for a ton of help with this mod.