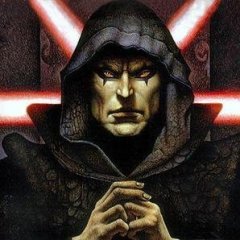 A KNIGHTS OF THE OLD REPUBLICII: THE SITH LORDS MODIFICATION

Special Thanks: Big thank you to Plasma; the original creator of these models for allowing me to port them over to KotOR from his original Jedi Academy mod and release them to the public.

DESCRIPTION: This mod adds seven unique lightsabers to the game which are based on those from the game Star Wars: Jedi Knight: Dark Forces II. Six are based on the lightsabers belonging to the Dark Jedi and one is based on Qu Rahn’s lightsaber. I didn’t include Gorc’s hilt as it would just be a scaled up version of Pic’s and wouldn’t look good in the game.

You can obtain the crystals required to build the lightsabers from the museum in the Onderon Palace. If you choose not to loot the museum, Queen Talia will give you the crystals as part of your reward for assisting the Royalists.